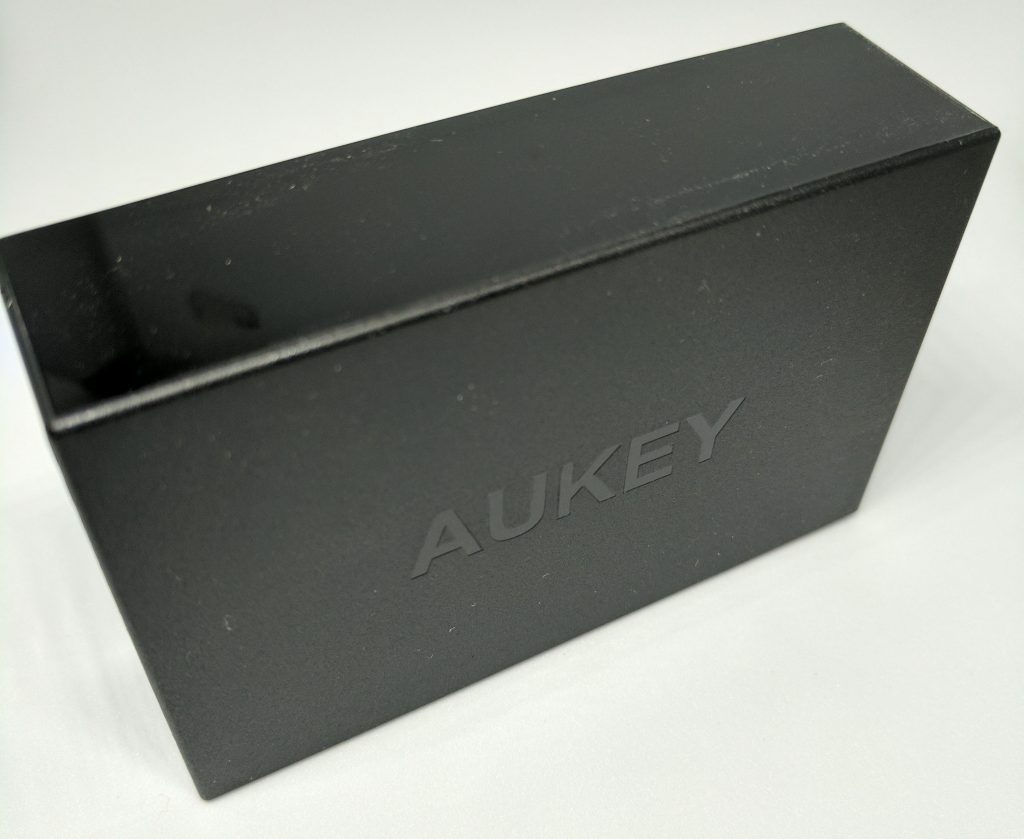 This 5 port UBS charger can knock out up to 10A, so around 2A per port, which is enough to get your iPad, iPhone, iPod, Google Pixel and Bluetooth Headphones charged.
END_OF_DOCUMENT_TOKEN_TO_BE_REPLACED

Next is the Aukey Outdoor Bluetooth Speaker. 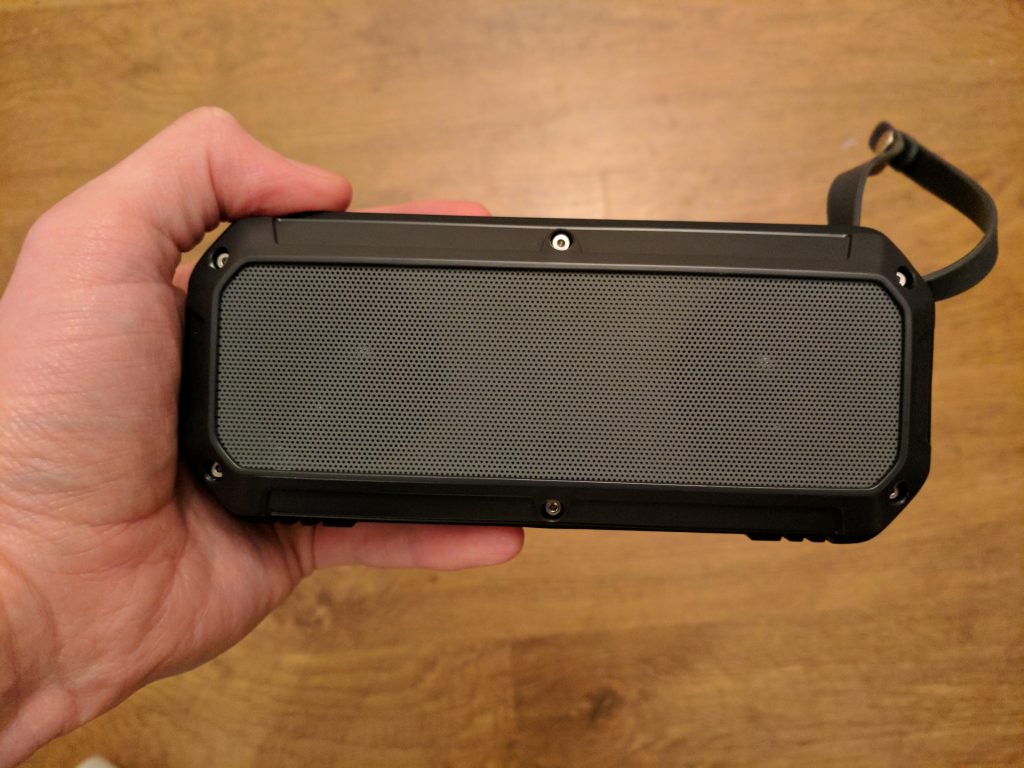 This little bluetooth speaker is built like a builders radio, it can take a good kicking and I’d expect it to survive a drop from some scaffolding.
The audio quality is what you’d expect for a £20 bluetooth speaker, good but not amazing.
Pairing was a breeze with my mobile, however after that it was let down by the bluetooth. I had the speaker on my dining room table, walking through the doorway to my kitchen (a distance of several meters) was enough to cause the audio to start dropping out, which means that either the phone stays with the speaker, or the music has to be paused if I’m not close enough. 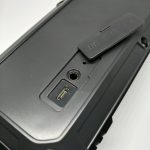 It has a hidden micro usb port for charging and also comes with a 3.5mm port for audio in, if the device you use doesn’t have bluetooth. It would have been nice if it also had USB A port, then I could have considered powering a Chromecast audio from it and then wouldn’t need to rely on the poor bluetooth, but it’s a cheap speaker.

First up is the Aukey Nylon Braided Lightning Cable. 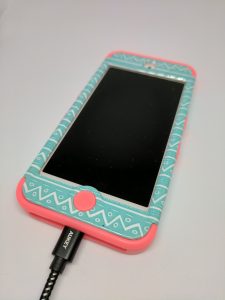 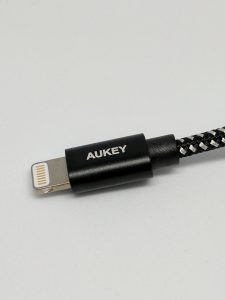 By being braided it should be less likely to kink compared to the cable that Apple provide with their iPhones. It’s also less likely to knot up, however when trying to pack it does like to spring out. At 1.2 metres long you can use the phone whilst on charge without having to sit next to the wall.

Being Apple MFI certified, your phone won’t moan about using an unsupported cable.

As with any USB cable the main test is how they perform in 6 months, and I’ll update next year.

So yesterday I began to get reports from users that streams would no longer play, this occurred around 16:30 (GMT) as I was preparing to leave work to head home. Once I arrived home I could see that some of the tricks previously used to generate the m3u8 urls returned an error from the FilmOn servers.

I quickly built some new code which used more of their API and successfully allowed me to watch most of the channels, this was the 1.5.0 release at 19:15.

Again reports came in of issues for some channels with the new “Unable to fetch stream URL” error message that I added. I could only replicate this issue with BBC News, Really and some of the french channels. I was able add some more code which fixed this issue for me and 1.5.1 was released at 21:25.

Users outside of the UK continue to report they can’t watch UK stations, whilst those who can watch the channels get the streams stopping after 2 minutes.
END_OF_DOCUMENT_TOKEN_TO_BE_REPLACED

If you’ve noticed that the green ready light has now turned yellow your machine is telling you it needs descaling.

The machine does this based on the number of runs it’s been through and not how blocked it might be, so you can reset the light back to green by running through the service settings but without the descaler if you wish.

Just hold the power button down for 5 seconds until the light begins to flash, run through a cup of hot water, than a cup of cold water, then turn it off. The light should now be green next time you use it.

If you do want to perform a real clean of the machine, steps on what to do can be seen in this official video.

So I set myself the challenge of building an app for Roku, and thought it couldn’t be too hard to get either TVCatchup or TVPlayer working could it.

Turns out that TVCatchup is pretty simple and within 2 hours I had a working example built.

However their selection of channels isn’t great and I wanted Dave as we don’t get that with Freesat and have no aerial on the house for Freeview. 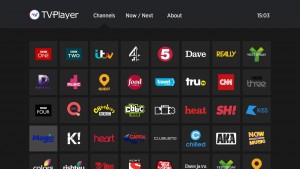 TVPlayer have at least some level of protection around their stream URLs, however after watching traffic within Chrome and also over the mobile app I worked out a way to get the streams playing. 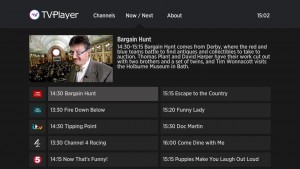 *To sideload an app on to your NOW TV box you’ll need to enable the Developer Mode and push the file via a browser. I’ll do a blog post on the exact method, but this Engadget guide should help.

To the TVPlayer devs, if you need any help building your own app drop me a line, I can tell you why the UKTV feeds fail to work without intervention.

April Update: As per the red box above, TVPlayer streams are currently blocked, however you can use the FilmOn app instead.
Enjoying the app? Why not make a donation?

I’ve used these WinnerGear Rumba Earphones now whilst in the house, walking to work and on the train. I was sent them for free to review and normally use Soundpeats Qy7 bluetooth headphones.

The audio quality is better than my bluetooth headphones and a huge increase on my normal emergency earphones (which came with one of my past mobiles). Although they aren’t noise cancelling, they do a good job of stopping other noises get in. They are sold as “best bass”, I’m no expert but the bass did sound better and not at the cost of the other ranges.

END_OF_DOCUMENT_TOKEN_TO_BE_REPLACED

Amazon have got the UK rights and you can watch it as part of their Amazon Prime service.
If you don’t already have Prime and not had it for the last year you can get a 30 day trial in which you can binge all ten episodes.
Alternatively you can by the show for £16.99 in HD and episode 1 is available to watch for free.

I want to rave about how great it is, but don’t want to spoil a thing, other than the final scene of episode 9 was so rewarding. 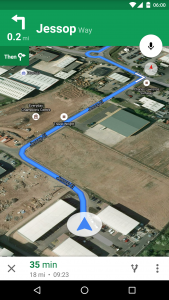