The Mojo is a Google Assistance device very much like the Google Homes. I got one on import a while ago for my desk.

Now we don’t have a Google Home nor an Amazon Alexa so I can’t compare to them, but as someone who isn’t an audiophile I’m pleased with the audio quality that come out of them. 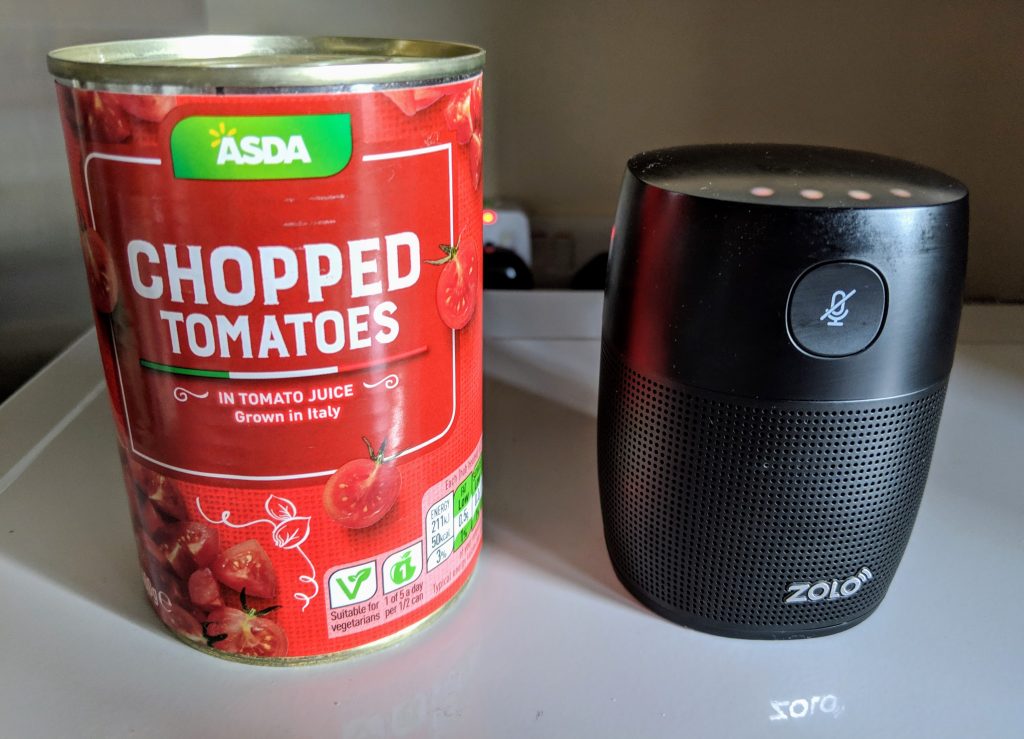 Now I primary listen to Radio 2, RadioX or Spotify at my desk, whilst all of this is possible via my laptop, my laptop speaker isn’t great, I also use sites that need sound, so I had to adjust one and the other to get the best balance and also I’m not hogging ram.

The problem listening online is that the audio will be out of sync with the actual radio elsewhere in the house. This isn’t too bad whilst the rest of the house is noisy but when everyone has gone out, suddenly that echo type sound gets off putting.

This one lives in the kitchen, it’s great for helping with the cooking “Hey Google set timer for 25 minutes” and by creating a home group I can play the same audio over both devices at the same time. This is brilliant when it works, but the Google Home app and Google Homes also appear to have this problem in that they just stop working and you need to delete, leave and then rebuild.
The Zolo is an improvement on our old DAB radio which needed to be in an exact place otherwise the interference in the kitchen blocked the signals. It’s also easier to changes the station and can be turned off by tapping, instead of the stupid feature our radio had which was to hold down the power button and then press OK, just pressing power switched to FM which was even more crackly.

With the Spotify integration it also easy to just listen to an song/album/artist, and great fun for the kids. No more scratched CDs, or aux cables plugged in to iPods to the back of stereos. So we picked up a third for the girls bedroom. They can listen to what they want, ask it questions and by using the Google Assistant app on my phone and the “broadcast” commands you can also have a little fun.

I’ve mentioned problems with the home groups, the other issue is the location of the lights. On my desk it’s fine, but in the kitchen the Zolo is above head height whilst sat at the table, so you can often do “Hey Google” several times before it kicks in, and that’s hopefully before the Zolo downstairs has already picked up your query. Having the lights on the front instead of the top would have worked better. The other issue is when the audio just stops, occasionally it seems like a buffering issue, and returns a couple of seconds later, but other times that’s it, no more sound.

However I would recommend it to anyone who want’s a small smart speaker for their smaller rooms.