Spotted this on the Flickr blog. Flickr will now email you when you get comments on your pictures. For someone like me who doesn’t upload that many pictures, and which aren’t that exciting, I tend to miss any new comments, so this should help me out. 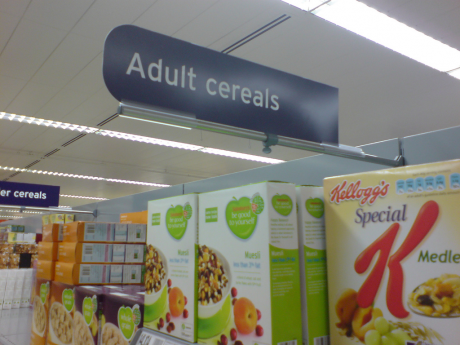 I’ve created a LibDem Flickr Group as a central point for people to share (and steal) each others photos to be used blogs, websites or foci.
Alternatively you could just have a look at the pictures.
You can only add pictures if you are a member of the group. So feel free to contact me with your Flickr username to be added. 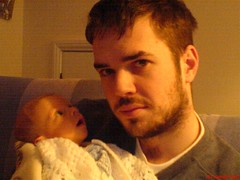 This weekend Heather and I went to Welsh Wales to see Sally from the Valley.
This is Peter (and me), say ‘hello’!
Peter is cute and only 5 weeks old.
Heather wouldn’t let me take him home 🙁
More pictures on flickr 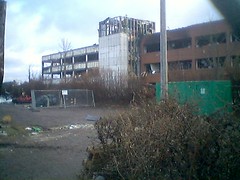 As I was going to Hemel to see my Mum for Boxing Day, I had to visit Maylands Avenue to see what it looked liked.
I’ve taken photos with my rubbish P910i and uploaded them to flickr which I’m just trying (instead of my own photo gallery script I wrote 5 years ago).
I was suprised to see about 50 people taking photos, but then I was one of them. Driving past Woodhall Farm, a large number of the flats had boarded up windows.
And speaking to Luke, his Christmas wages were last months basic pay as the outsourced payroll department was affected.