I’ve been with PayPal for years, today I tried to withdraw £50 and realised that I still had my old bank details on it, so I went to add my new account details.
Except PayPal told me that I couldn’t as another PayPal account was already linked to this bank account. That would be my Wife as we have a joint account.
So I searched a bit to see if there was anyway both of us could use our only bank account. The answer NOPE. A bank account can only ever be linked to one PayPal account.
So maybe we could just have a joint PayPal account, NOPE. One user only per account and if you share passwords you could have your account suspended and money frozen.

So for now I’m left with the ability to top-up my PayPal account via the debit card, and to transfer money out I have to first send it to Heather and get her to remove it. All in all a right pain in the arse.

Today the weather is great, it’s half term and the playing fields are… 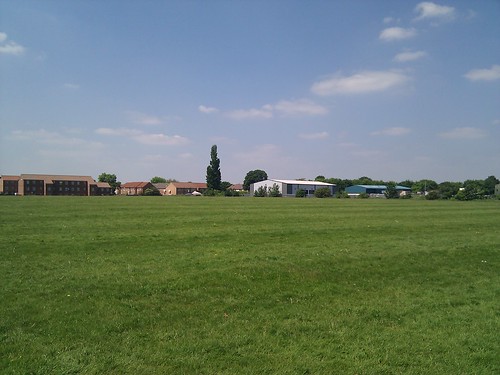 So it turns out the Tory bribe to those married isn’t really worth much at all.
To start with it’s only worth at the most £150 a year. With the average cost of a wedding around £20,000, it would take 133 years to get your money back.
Secondly it is only available as a tax-break transfer. So if someone in the relationship is earning less than £6,475 you could transfer £750 of your tax allowance to your partner, both earning more than this and it’s pointless.
Thirdly the person receiving the transfer must be earning less than £44,000 a year.

However the greedy nature of me went, at least I’m going to get the cash. That was until I got out the calculator. Currently the wife is getting statutory maternity pay which means that even we won’t get this bribe.

Of course under equality law this tax break is also available to couples in a civil partnership, but really, how many are in the situation where one is earning less than £6,475 a year, whilst their partner is on less that £44,000??

I think I prefer the LibDem proposal to lift the basic rate of tax up to £10,000 instead of this Tory fudge.

An argument in our office this week broke out. Simon claimed that he once had Doughnut Flavoured Skips. The whole team really didn’t believe him. Google searches found a couple of people claiming to remember them but nothing concrete. So I emailed United Biscuits (owners of KP) and got back this reply:

Thank you for contacting us concerning Donut flavoured KP Skips. We can confirm that we did produce these and that they were discontinued quite a few years ago and are unlikely to be manufactured again.

Before any product reaches the shelves, extensive and costly product development and research is undertaken. Only a small percentage of new product concepts reach the retail outlet and even then, products may easily fail to gain the necessary appeal. Sadly, therefore, some products are removed from sale after only a seemingly short time.

However, a longer manufactured product may also be discontinued due to a falling off of popularity, resulting in it no longer being a viable product to produce.

But this wasn’t enough for us, so I asked if they had any images and they came back with this photocopy found in the cupboard. 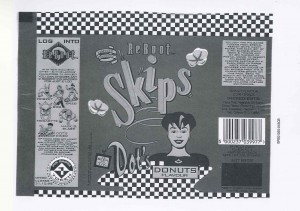 Which meant that Simon was right all along.

So we’ve all seen these new police posters, looking rather aggressive at the bus stops.
As a driver I can’t read the small print which I’m guessing goes in to some kind of nice neighbourhood policing bit, so instead I’m left to believe that the police are getting tougher.
This was confirmed when I saw these new posters around: 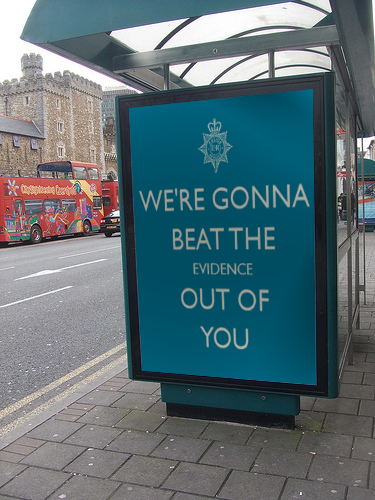 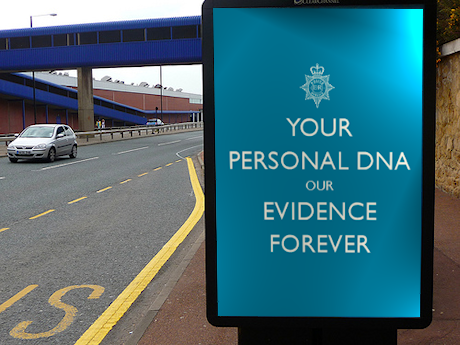 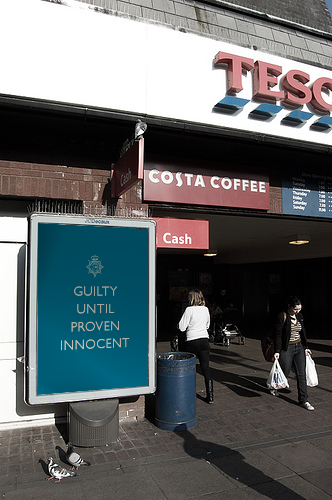 Zero insertion fees on qualifying auction-style listings on eBay.co.uk
From 12th March 2009, there’s no insertion fee if you’re a private seller and you list your item in an eligible category in the auction-style format with a starting price of up to 99p. Don’t forget, your first picture is also free.
If your item doesn’t sell, you don’t pay a penny. All you pay for are optional listing features and upgrades

* The free listing fee is only for those with a starting price of 99p and under, any thing else still has the same listing fee.
* The final value fee has again gone up. Instead of a sliding scale starting at 8.75% it’s now 10% up to a maximum of £40.

With a bit of a back of a fag packet (excel spreadsheet) during my lunch I’ve come up with these figures.

Only when an item sells for more than £1090.05 will you end being better off again. On top of this, with the forcing you to offer PayPal, eBay can take a second hit at your money.

For those who took part here are the answers to the quiz:

Congratulations to Ross Pepper who managed to get 47/50 correct.

I’ll be counting up the scores tomorrow evening of my Picture Quiz of 2008, so if you still want to have a go better hurry up.

For many years at Christmas Mum’s side of the family would get together and in the evening we would play Nana’s Picture Quiz of the Year. It would take hours as we only had one copy of each page and it had to be shared around. By the end of the night if any of the teams had achieved 80% they did well.

This year, I’ve decided to do the quiz and have made a nice PDF version which you can either print out or just view on your PC.

There are 50 “celebrities” to be named and unless asked otherwise you are to give the full name of the main person in the picture, not their character name.

If you want to be scored, please complete your answers in an email to quiz@artesea.co.uk (please don’t leave answers in the comments!), with the picture number and the name eg
1. Michael Jackson
2. George Bush
…..
50. Wayne Rooney
Winners and all the answers will be announced after Christmas