Last week, Top Gear did a piece on driving electric cars to Cleethorpes. They have been slated by the pro EV, anti Top Gear lot after it turned out the Nissan recorded the battery and geolocation stats for the Leaf. And they have form, in 2008 they lied about the Tesla running out of juice around the track.

However as some who lives in Lincoln, has family in London and Cleethorpes I was interest in the piece to see if an EV would be worth it for me (if it wasn’t for the fact that I can’t even afford a £500 ten year old car right now).

So what did I learn?
The cars are f-ing expensive! £35k for a small car!
Without a fast charging point it takes hours to recharge.
The battery won’t make it from Lincoln to London.

but wait, didn’t they fake the bit about running out in Lincoln? Well yes, they stuck the cars on a transporter with 40% battery life, dropped them off near Newark, drove around a bit, ran out near the Uni.
However checking the offical websites the range for a Nissan Leaf is 109 miles, whilst the Peugeot iOn is only 93 (NEDC cycle whatever that means).
So assuming they actually started outside Television Centre (as the Top Gear test track is another 50 miles) heading along the A1, in the Leaf you would only make it to Grantham and the iOn to Rutland.

So yes they did fake the scenes ensuring the car stopped in a city where they had made plans to spend a day visiting, but no the car would have never made it to Cleethorpes on one battery.

Hopefully these cars will help push the innovation, driving prices down, increasing the charge points and extending the range that bit further, but until then I won’t be getting one.

ps, whilst watching the episode I noticed that they seemed to be going up and down the A46 between Newark and Lincoln, now I’m sure most of it is in the edit, however from the scenes in the show you can see how they drained the batteries down: 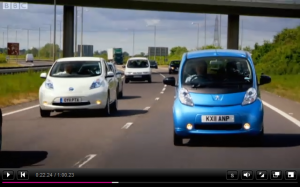 22:24 Team are travelling under the Brough Fly Over along the A46 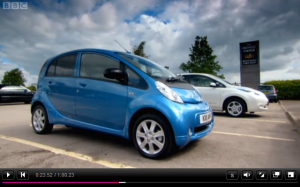 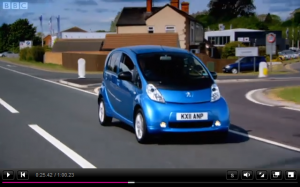 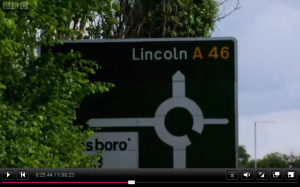 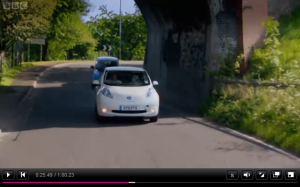 25:49 This one got me at the time, by now they were “in” Lincoln, yet there was a railway bridge?!? As I guessed they were out in Washingbrough. 26:09 Now on to Brayford Way having just passed the County Council?!? 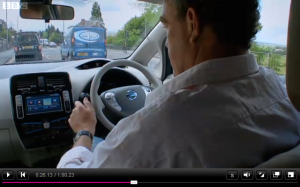 26:13 Now coming down Yarborough Road at the lights with Long Leys Road. 26:35 Then suddenly coming down Lindum Road instead. 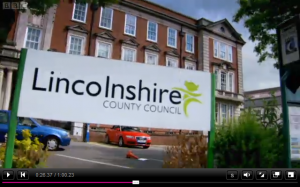 26:37 Finally pulling in to the County Council Car Park